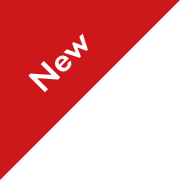 From CHF 3,769 13 days, 11 nights Adventure, Nature 8 to 10 pers. Northern India, Uttar Pradesh and Rajasthan
Take advantage of the autumn holidays in Neuchâtel to discover the splendours of Rajasthan!
Wonderful tour in Rajasthan - Golden Triangle - from Delhi via Agra and Fatehpur Sikri to Jaipur, then to Deogarh and Udaipur and finally, after a stopover in Ranakpur, reach Jodhpur. Enjoy the end of the trip in the Hindu holy city of Pushkar before returning to Delhi.
see the circuit 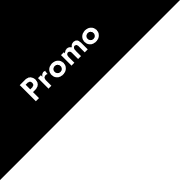 Celebrate with us Holi in Mathura

From CHF 4'070.- 13 days, 11 nights Spirituality 8 to 10 pers. Delhi, Rajasthan, Uttar Pradesh
Experience with us the splendid colour festival Holi in Mathura and discover Varanasi at the holy river Ganges, let the liveliness of Delhi affect you and marvel at the biggest love symbol the world has seen, the Taj Mahal.
A journey that immerses you in the diversity of India: You will visit the vibrant capital Delhi with its impressive Mughal buildings and the exciting Old Delhi. Varanasi will greet you with a spiritual power that is hard to describe. But that's not all, because Rajasthan with its bustling capital Jaipur and the impressive Amber Fort will also enchant you. We celebrate the exuberant colour festival Holi in Mathura together and are part of Indian culture. The atmosphere will inspire you and carry you to Agra, where one of the most impressive buildings has its place, the Taj Mahal.
see the circuit

from CHF 2'740 12 days, 11 nights Adventure, Spirituality, Nature 4 to 12 pers. North west India
Forts, temples & palaces, tigers & elephants, royals & riches, colours, and the hospitality of its people.
Delhi, the nation's capital, is "connected" to the cities of Agra and Jaipur in what is called India's Golden Triangle. The tourist's circuit got its name because of the triangular shape formed by the locations of New Delhi, Agra and Jaipur, capital of Rajasthan, on a map.
This journey through some of India's most popular destinations - Delhi, Agra and Jaipur - will give you a feel of the real India, a glimpse into it's royal and cultural heritage, a taste of grandiose Rajputana and Mughal royalty as well as of the British legacy.
see the circuit

This tour extends to some parts of Uttarakhand, a state in northern India criss-crossed by the Himalayas and covered with holy peaks, lakes and rivers, is known for its Hindu pilgrimage sites thus also known as Dev Bhoomi - the Land of Gods.
see the circuit

From CHF 2'000 12 days, 11 nights Adventure, Spirituality, Nature, Well-being & Ayurveda 4 to 10 pers. Kerala
Kerala : sublime to take your breath away !
Kerala in South India is synonym with calm and serene beauty, and not just for its reputed soul cleansing ayurvedic treatments; the sublime beaches on the Arabian Sea, the leisurely criss cross of peaceful backwaters, the palm-shaded Western Ghat hills fragrant with the cultures of tea and spices, will have unsuspecting visitors find themselves slowing down to a languorous pace to let the surrounding ambient feel of bliss invade their whole being.
see the circuit

from CHF 3'500 17 days, 16 nights Spirituality, Nature 2 to 10 pers. Rajasthan, Uttar Pradesh, Bihar
Culture, history, spirituality and sensuality ! A circuit that stands out for the richness and diversity it offers you!
The journey will begin with the discovery of the Golden Triangle, Delhi-Jaipur-Agra where you can immerse yourself in the magnificent remains of another time. Before delighting your eyes in front of the evocative, sensual and rare beauty sculptures of the Khajuraho temple, you will discover the Chambal Valley, a destination of choice for all bird lovers.
Your journey will continue to Bodhgaya, a Mecca of the Buddhist religion, then to Kolkata, a booming city where slums and colonial vestiges still exist.
see the circuit

Do you require a tailor-made trip ?