< back to the circuits

Be ready to be mesmerized !
Culture, History, Spirituality and sensuality : diving into the heart of the human ! A circuit that is distinguished by the richness and diversity of what you will discover !
The journey will begin with the discovery of the Golden Triangle, Delhi-Jaipur-Agra as you will immerse yourself in the magnificent remains of another time. Before delighting your eyes in front of the evocative, sensual and rare beauty sculptures of the Khajuraho temple, you will discover the Chambal Valley, a destination of choice for all bird lovers.

In Bodhgaya, your trip will take you to discover a spiritual site where Prince Siddartha became the Buddha.


Before you reach the capital Delhi, it is the city of Kolkata that will be offered before your eyes; a city of contrasts which is developing at a high speed and where the slums and the splendor of colonial remains still coexist.

Ask for an offer

details of the circuit

Highlights of the circuit

Delhi, a city of contrasts and surprises

Delhi, where the heart of India beats !
Dehli modern metro will take you on a journey through time - in old Dehli, you can see men hauling sacks full of fragrant spices or weighing gold on dusty old scales, while the present-day New Dehli is ideal for enjoying high tea in a setting of colonial-era buildings such as the buildings of Parliament. From there, you can hop to the futuristic skyscrapers of Gurgaon, a satellite city that will satisfy your urge for shopping with its glamorous shopping centres.
Dehli is also one the world’s most polluted cities. Yet amidst the frantic hustle and bustle of a metropolis more populated than Australia, you will glimpse moments of pure magic. So, do not overlook this throbbing and astounding city which has so much to offer, where vestiges of the past will surprise you at almost every street corner.

Agra, the city of the famous Taj Mahal.

Bird-watchers will have the opportunity to view beautiful and rare birds !
Chambal Valley is a choice destination for bird-watchers who will have the opportunity to view rare birds such as Cranes and Indian Skimmers. Travellers can also enjoy a comprehensive eco-tourism experience visiting villages, Sarus Crane Reserve, or Bateshwar riverside temple. They can go on a ravine Jeep safari, a camel safari, or board a boat on the Chambal river to catch sight of alligators, crocodiles and Gangetic dolphins.

An atmosphere of intense devotion surrounds the little town, where many monasteries and temples were built in their national style by foreign Buddhist communities.

Kolkata, formerly Calcutta, a city rich in contrasts, a city in motion and full of promise :-)
Kolkata (formerly Calcutta), the capital of the state of West Bengal, used to be an East India Company trading post. It was India's capital under the British Raj from 1773–1911. Travellers to Kolkata come to see its grand colonial architecture, art galleries and various cultural festivals. It’s also home to Mother House, headquarters of the Missionaries of Charity, founded by Mother Teresa, whose tomb is there.

Kolkata is the third most populated metropolitan area in India, after Delhi and Bombay. To Westerners, the city often conjures up images of squalid poverty, human misery and suffering, yet it is widely regarded as the cultural, artistic, intellectual and educational capital of India. In the former capital of British India, slums cohabit with splendid colonial architecture, squalor rubs shoulders with grandeur, futuristic skyscrapers with total decay. Poverty is still very present, but the growing middle class is now at the core of the development of modern Kolkata and the new generation of millennials thrives on a burgeoning hipster culture, while the Bengali gentry visit posh clubs dating back to the colonial era. A blend of the East and the West, a place of sharp contrasts and contradictions, Kolkata is a city you need to “feel” more than see.

Course of the journey

Fly from Switzerland to Delhi
Arrive late evening or midnight
Overnight in Delhi.

Tranfer from Delhi to Jaipur by Road.
Overnight in Jaipur.

Transfer from Jaipur to Agra
Overnight in Agra.

Drive Varanasi to Bodhgaya by road.
Overnight in Bodhgaya.

Train journey from Bodhgaya to Kolkata
Overnight in Kolkata.

Fly from Kolkata to Delhi
Half day sightseeing in Delhi
Overnight in Delhi.

Half day sightseeing in Delhi
Fly out from Delhi.

Course on the map

A personal experience like own abode in heart of Delhi.

In the beautiful area of Lutyen’s Dehli, amidst a blend of old colonial charm and modern amenities, you will find one of New Dehli’s most iconic hotels. Built in 1952, the Claridges offers style and elegance combined with luxury and contemporary comfort only minutes away from the bustling city centre. Years ago, the lush green lawns used to be Prime Minister Nehru favourite spot for an evening tea.

A heritage hotel of majestic architecture offering elegant hospitality and palatial atmosphere
Experience Royal Rajasthani living at the magnificent Alsisar Haveli, the heritage hotel in Rajasthan. For five centuries, Maharajas of Rajasthan have enjoyed the magnificence and grandeur of this regal setting that offers them an aristocratic yet relaxed feel.


In the centre of Jaipur pink city, Alsisar Haveli – the heritage hotel is a delightful combination of monarchical architecture, refined hospitality and stately ambiance. Remaining faithful to its pristine original architecture and interior design, the hotel has been tastefully renovated with special care to preserve its high level of excellence, comfort and flair.

You may get a chance to meet the royal family as they live in the same property.
Hotel website

An oasis lies in the heart of the Chambal Valley.
Just an hour’s drive from the Taj Mahal, in the heart of the Chambal Valley, you will find a haven of peace nestled in serene woodlands. Mela Khoti - The Chambal Safari Lodge, offers a warm and friendly sanctuary to each and every guest, whether they are looking for adventure or for a peaceful rest away from the hustle and bustle. This land will hold you spellbound!

One of the best experiences near Agra.
Hotel website

Nature with Khajuraho.
A passion for wildlife and conservation was what encouraged Shyamendra Singh, grandson of Maharaja of Nagod to establish the lodge in 1986. After humble debuts, it was washed out twice in the floods of 1992 and 2007, but has been lovingly rebuilt each time, out of materials coming mostly from villages and neighbouring areas. It is set on a forested estate of 50 acres, home to many mammals, birds and reptiles.

Be a royal guest !
This palace has a rich history dating back to 1812, making it one of the oldest landmarks in the city. In 1915, the Brahmin King of Darbhanga acquired the hotel and the Ghat on which it is built, hence its name of Darbhanga Ghat. The guests who stay at the Brijrama palace are treated like royalty. The palace interior is exquisitely decorated with beautiful antiques that capture the imagination and will send you back to the early days of the palace, while you bask in its beautifully serene atmosphere. The hotel offers musical mornings and evenings, exclusive dining experience, and will even surprise you at check out time! When you leave, the aura of magic and romance will linger on and accompany you on your journey.

Unrivaled by other luxury hotels in Kolkata
Hotel website

While it is our intention to adhere to the route described, there is a certain amount of flexibility built into the itinerary and on occasion it may be necessary, or desirable to make alterations.
The itinerary is brief, as we never know exactly where our journey will take us. Due to our style of travel and the regions we visit, travel can be unpredictable. The programme is a general guide to the tour and region and any mention of specific destinations of wildlife is by no means a guarantee that they will be visited or encountered.
Aboard expedition trips visits to research stations depend on final permission.
Additionally, any travel times listed are approximations only and subject to vary due to local circumstances.
Terms and conditionsFAQSitemapPrivacy policy
Contact us
+41 79 558 68 82
contact@india-and-you.com
2024 - St-Aubin-Sauges (NE)
Switzerland
Follow us on
Facebook
Instagram
languages
Français
English
Deutsch
Stay connected
subscribe to our newsletter 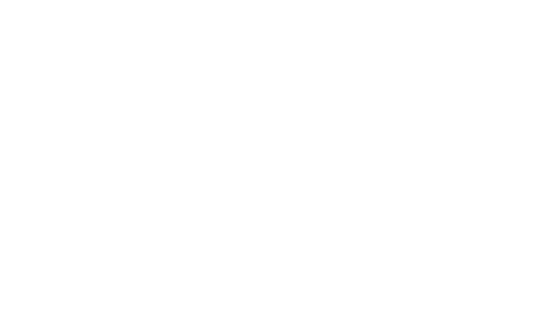